Our past projects in 2012 include:

> Establishing a Team of Volunteers in Argentina

> Donation for Children and Teenagers with Disabilities in Argentina

> Resources for a New Creche in South Africa

Last year, we completed an appeal from the Romanian organisation, FAST, to raise two thousand five hundred pounds for a carpentry workshop. This was to help a family which FAST supports in the village of Tarlungeni. The family has eleven children, and the father, Sorin, was unable to find work but desperately wanted to be able to support his children. He has carpentry skills and would have been able to run a carpentry business from the workshop. As his children grew up, they could then join the family business, helping to break the cycle of poverty for this family. The building work began, and the workshop was finished this year.

Thank you to all of the supporters and volunteers who helped to fundraise for the workshop. We held a brainstorming session to come up with ideas for fundraising, and went on to organise a clothes swap at University College London and a bag packing fundraiser at Sainsbury’s in Camden. One volunteer, Louise, arranged a movie night and cake sale and the Kings College London Paediatric Society held an event for the tenth anniversary of running the ‘Teddy Bear Hospital’ and donated the proceeds to this project. Thanks to all of our supporters who made donations and to our patrons, Ottilia and Steve, who both generously supported this appeal.

Daniel, the President of FAST, kept us updated as the workshop was being built. Here are some photos of the workshop: 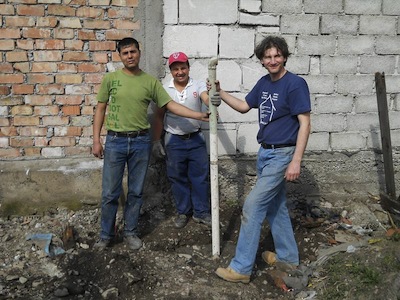 Work begins on the carpentry workshop! Daniel, the President of FAST (in the blue T-shirt) with two of the others from his team. 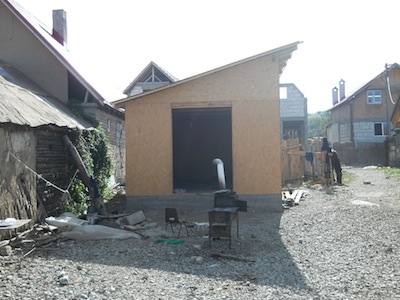 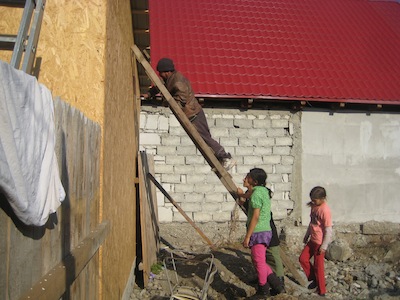 Sorin works on the construction, whilst some of his children watch. 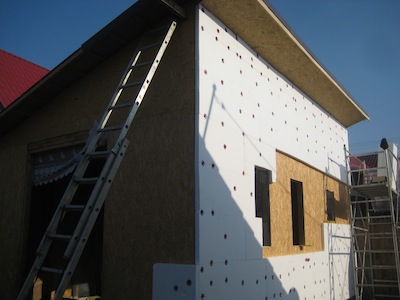 Insulation is added to the workshop. 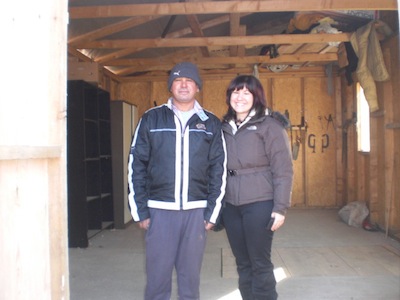 Sorin and Catherine, from CHW, inside the carpentry workshop. 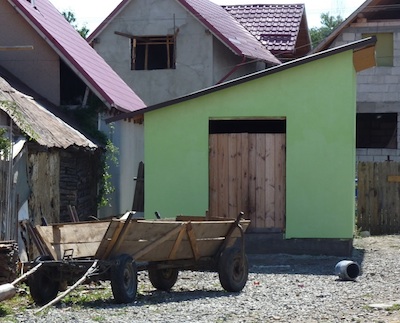 Devastatingly, Sorin was diagnosed with gastric cancer in the summer of 2012. His oldest son, Lucian, who is still a teenager, will now have to support the family. The workshop will be the way forward for Lucian to provide an income for his family. We are trying to fundraise for FAST to be able to give Lucian an apprenticeship, so he can run the workshop very well, and can pass on his skills to his younger siblings as they grow up, just as his father, Sorin, was planning to do.

Gabriela Zambrano, who recently became the local Coordinator at our projects in Argentina, launched a campaign for nappies, medical gloves, gauze and cotton bandages for the health and medical needs of the children at Bethel, one of the organisations CHW supports. Bethel has eighteen houses for orphaned and abandoned children and teenagers, with three houses for those with disabilities. Gabriela visited the school, 17 de Agosto, and talked about the campaign. They arranged a collection of the items asked for in the campaign. 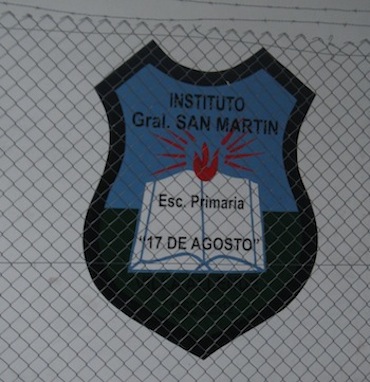 The items went to House 5, which is one of the houses for those with disabilities, and also to House 1. A big thank you to all at 17 de Agosto School for making this donation possible! 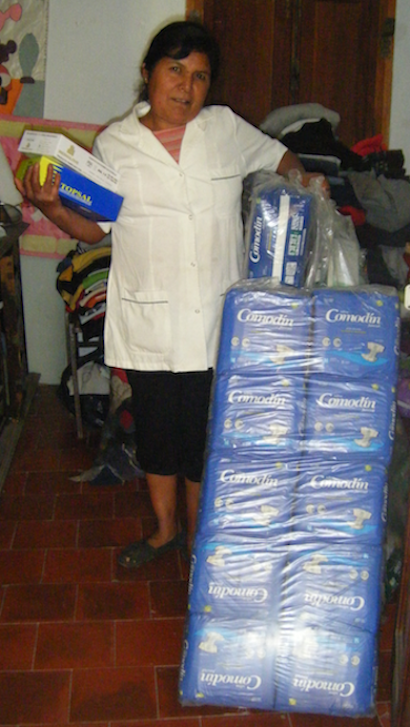 Martina at House 5 of Bethel, with some of the donated items.

Thank you to all the volunteers who helped fundraise, to Jana Liebau for organising a book wrapping fundraiser and to Marie-Lise Despeghel for her contributions. Many thanks to our Patron, Ottilia Saxl, who gave a very generous donation, which allowed us to complete this appeal. We still had quite a lot to fundraise for, and Ottilia made it possible to make this contribution to Casa Mea. 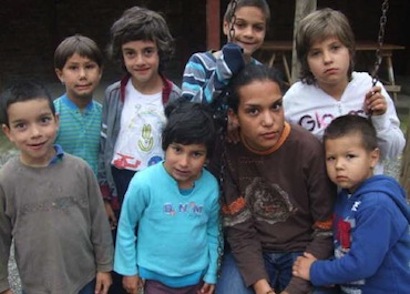 Children at Casa Mea with Stela

Establishing a Team of Volunteers in Argentina

Following CHW’s founder, Catherine’s, trip to Argentina, we have our first in-country group of volunteers, who will be helping at our projects around Cordoba. The team will be led by Gabriela Zambrano. Gabriela is a physiotherapist at one of the organisations CHW supports, Bethel, and wanted to do more to get involved with our work. Her sister, Alejandra Zambrano is helping her, along with other volunteers. Cecilia Gonzalez Biatturi, one of the teachers at Florentino Ameghino School, which CHW also works with, has given Gabriela advice on the rules of state schools and receiving donations, as Gabriela aims to assist more schools in the area. 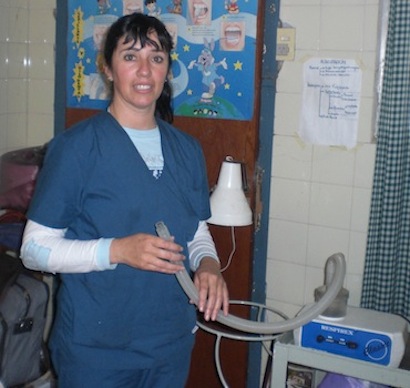 Gabriela, working in House 5 at Bethel.
She will be the local coordinator for our projects in Argentina.

Donation for Children and Teenagers with Disabilities in Argentina

We were able to give a donation to an organisation called Bethel, in the town of Villa Allende. Bethel has eighteen houses for orphaned and abandoned children and three of these are for those with disabilities. Our donation went to House 5, which looks after people with a range of physical and mental disabilities. Our contribution was used to buy nappies, which are essential for some of the children and teenagers there. We are happy to be able to support the great work of Bethel, and House 5 in particular, which provides a loving home to all who live there. Many thanks to those who donated and made this contribution possible. 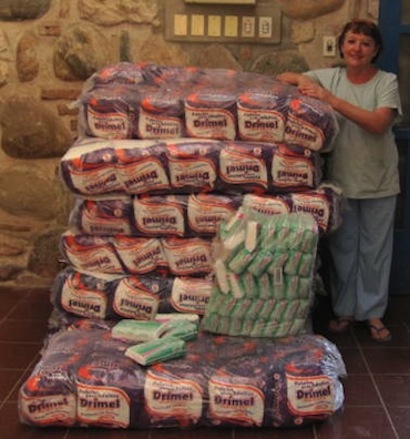 Physiotherapist, Alicia, with the delivery of nappies at House 5 of Bethel!

Resources for a New Creche in South Africa

At the end of 2011, we received a donation of five hundred pounds which we donated towards resources for a new creche in South Africa. We have been working with Seawind Educare in Cape Town since 2008. Its founder, Rita Benjamin, wanted to open another creche and asked us for help with new resources. Rita opened the creche at the beginning of 2012. From our donation, she was able to buy: tables, chairs, camp cots, mattresses, stationery, ink cartridges, a mini stove, and sand and cement to cover the yard. The creche is for children from the townships and Cape Flats – the most disadvantaged areas in Cape Town. 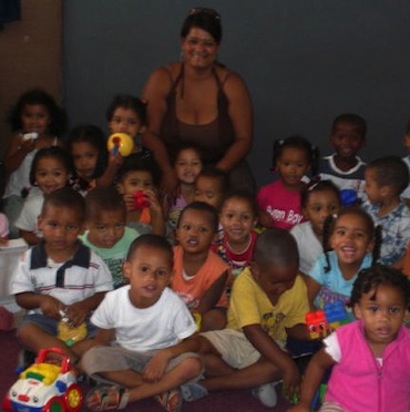 Rita with some of the children at the creche.