Our past projects in 2011 include:

> New Music Equipment for a School in Argentina

> Distribution of Educational Items in Argentina

> Distribution of Clothes to an Organisation in Romania

> Cart for Family in Romania

> Funding an Event for Children with Disabilities in South Africa

> Linking a Local Transport Business with a Creche in South Africa

> Distribution of Clothes, Teddies and Sports Equipment to Two Organisations in Ghana

> Distribution of Toys and Clothes to Three Organisations in Romania

New Music Equipment for a School in Argentina

Following our coin collection for Florentino Ameghino School, we raised four hundred and fifty pounds, and received an additional donation of fifty pounds from a sponsor as well. The school was able to purchase music equipment, to be able to provide good quality music education to the pupils. Below is a photo of teacher Cecilia and Deputy Head, Gladys, with the new equipment! A big thank you to everyone who took part in the coin collection and to the sponsor! 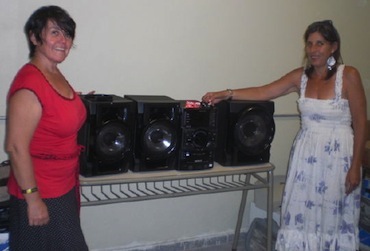 Distribution of Educational Items in Argentina

Thank you to everyone who donated school items. They went to Florentino Ameghino School, in the town of Unquillo. The children will have the new items in time for the new term! 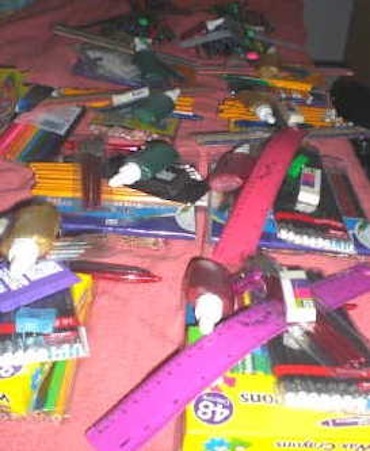 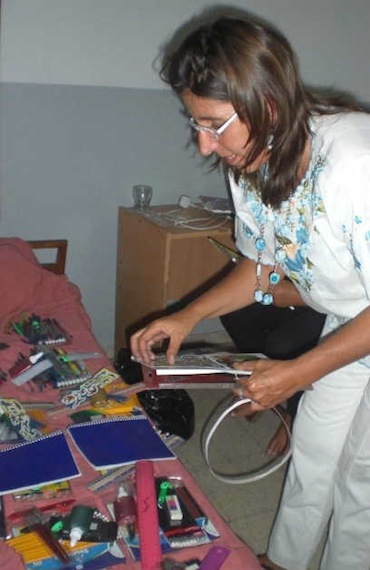 Thanks for the donations we received for Sankofa Mbofra Fie in Ghana. This organisation runs a school and orphanage in the village of Eguafo. Our contribution was used to buy food for the children. A big thank you to those who gave!

Child at Sankofa, having a snack

Distribution of Clothes to an Organisation in Romania

Many thanks to those who gave clothes for children and teenagers, and to Sarah McGee for the donation of baby clothes. The clothes went to an organisation we work with called FAST, and were distributed to underprivileged children in the area of Sacele. Some of the baby clothes went to a family we are supporting through FAST’s carpentry workshop project (see our ‘Romania’ page for more details). Baby Delia received the clothes and they will keep her warm through winter! 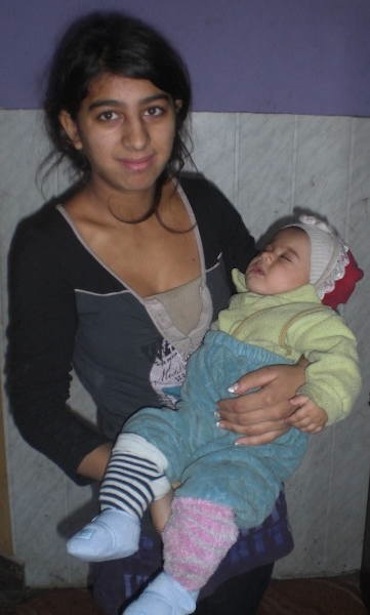 Nicoleta with baby sister, Delia, who will have new clothes for the winter.

Cart for Family in Romania

We recently raised the funds for a carpentry workshop project, in Romania, in response to an appeal from a local organisation, called FAST. The building work is nearly done, some of the tools have been bought and the project is still in progress. It is designed to bring a family with eleven children out of poverty, by providing their father, Sorin, with a livelihood, and enabling him to start a family business, which the children can then join when they grow up. Sorin, was in the forest, collecting timber, with his oldest son, Lucian. Their cart broke. This meant they had no way to collect firewood, and would also not be able to bring timber to the workshop, and so could not have a carpentry business. Luckily our donation covered the cost of a new cart! 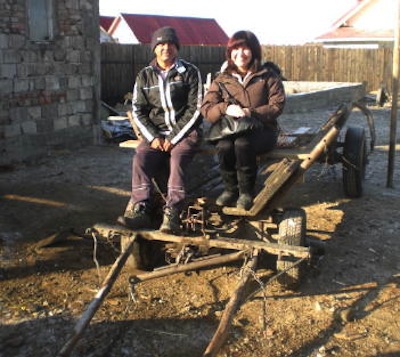 Sorin, the father of the family, and Catherine from CHW with the cart.

Following a Chinese Tea Party fundraiser, we were able to make a donation of two hundred and twenty pounds to the Shanghai Bo Ai Children’s Rehabilitation Centre. This went towards buying special sensory toys. The children at the Centre have cerebral palsy, autism and other disabilities and will greatly benefit from the toys. The founder and director of the Centre, Gao Ya Li, thanks everyone who made this donation possible. A big thank you to everyone who took part in the fundraiser! 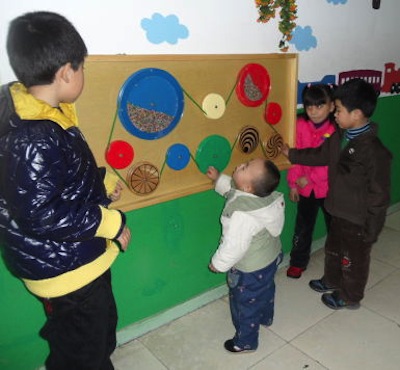 Children at the Centre with one of the Toys.

Funding an Event for Children with Disabilities in South Africa 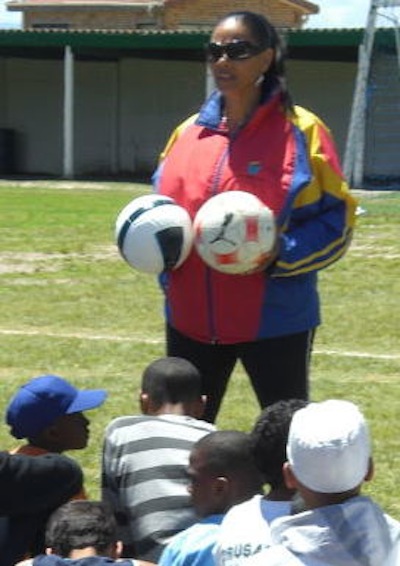 Anne running an event for children.

Donation towards an Orphaned Baby’s Surgery in China

Following a Chinese Tea Party fundraiser, we were able to make a donation of two hundred and twenty pounds to the Baobei Foundation, in Shanghai. This went towards the medical fees for Baby Rose, an orphan, who needed surgery for teratoma. Baobei also provides aftercare for babies who have had surgery and have told us that Baby Rose is recovering well!

Thank you so much to everyone who took part with the fundraiser, as this will be life-changing for Baby Rose. 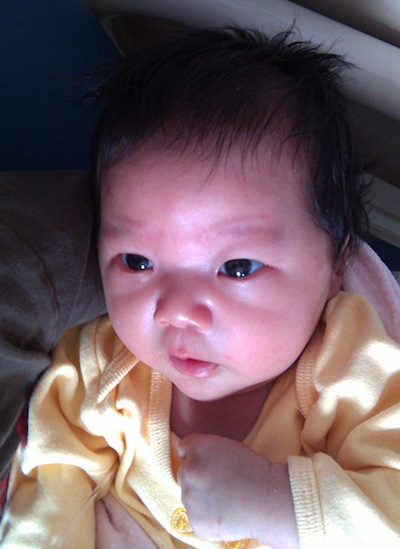 The Atelier Sacelean Association helps underprivileged children in Sacele. Oana, a Romanian volunteer at the Association wanted to run an art project over the summer. She was able to sell some of the items made, to fundraise for the Association! This is great as local fundraising is more sustainable and, also, Oana has been able to pass on her artistic skills to others. We raised one hundred and twenty-five pounds at a cake sale at the College of Law, Bloomsbury, to fund the project. Many thanks to everyone who made the cakes and to the College of Law for allowing the fundraiser to go ahead. 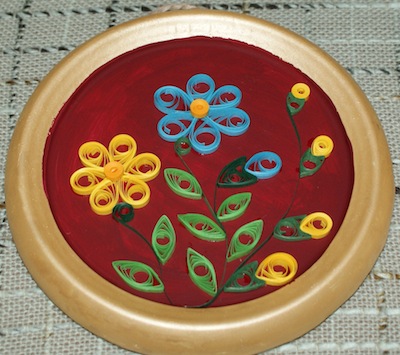 One of the many pieces from the art project.

Linking a Local Transport Business with a Creche in South Africa

Charmaine Alexander, who runs a transport business in Cape Town, mostly drives volunteers. She found out about Seawind Educare, which CHW supports, when she was driving our founder, Catherine, to the creche. The creche is run for children who live in townships and the Cape Flats – the most disadvantaged areas in Cape Town. Charmaine has donated children’s clothes and food to the creche, and will continue to do so whenever she can. Catherine recommends Charmaine and her other drivers if anyone needs transport services in Cape Town! 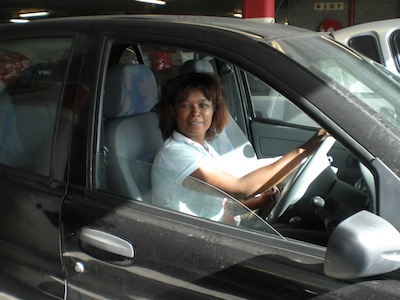 Charmaine, who donated clothes and food to the creche

Distribution of Clothes, Teddies and Sports Equipment to Two Organisations in Ghana

Children at New Life International Children’s Home with the clothes and soft toys.

Thank you to everyone who donated children’s clothing. The clothes went to New Life International Children’s Home, in the village of Ansapatu. Thank you to our Appeals Assistant, Marie-Lise Despeghel, who accepted a donation of soft toys on behalf of CHW. These toys went to the youngest children at the Home. We are also grateful for a donation of knitted teddies which were given to the children at Sankofa Mbofra Fie, which runs a school and orphanage in the village of Eguafo. Thank you to everyone for your generosity!.

One of the girls at Sankofa with her new teddy.

The founder and director of Sankofa, David, also asked for some sports equipment, which we were able to give to the school. Thank you to those who donated equipment.

David with some of the schoolchildren.

We were able to donate the clothes and toys to two organisations in China. Many thanks to Sarah McGee who donated some gorgeous baby clothes! The clothes were given to the Baobei Foundation, which helps orphans, born with critical neurological and gastro-intestinal disorders, to have the surgeries they need and also provides them with the necessary aftercare.

The special sensory toys went to the children’s rehabilitation centre we support in Shanghai. The centre mainly helps children with cerebral palsy and autism. Below is a photo of the centre’s director, Gao Ya Li, accepting the donation. 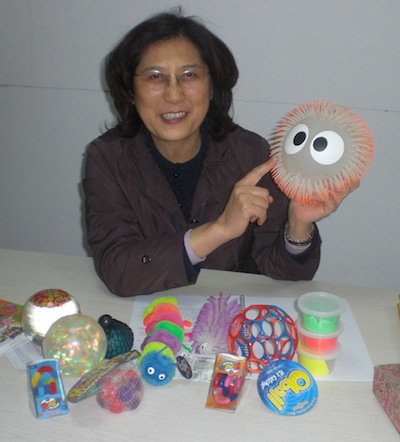 Director of the Rehabilitation Centre, Gao Ya Li, with the special sensory toys.

Thank you to everyone who made these donations possible.

Distribution of Toys and Clothes to Three Organisations in Romania

Many thanks to everyone who gave toys and clothes. All the babies’ and toddlers’ clothes were given to the Atelier Sacelean Association, which has a care project at the Sacele Hospital.

The rest of the clothes were given to a family supported by another organisation, FAST. This family has ten children and lives in abject poverty in the village of Tarlungeni. The donation included coats, boots and shoes, as well as other clothes. CHW ran the Ten for Ten Campaign to help this family. Details of this can be seen under FAST’s section on our ‘Romania’ page. 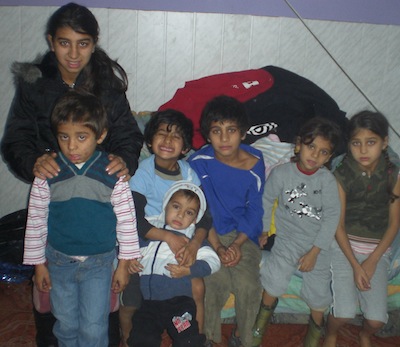 The seven youngest children of the family, wearing some of the donated items of clothing

The toys were given to the children at the Home, Casa Mea. The children there were very happy to get them!

Thank you to everyone who donated clothes and toys and to Agnieszka Perkins and Mark Cochrane who ran clothes collections at their work.