Our past projects in 2009 include:

> Arranging a Volunteer Trip to Romania

> Legal Advice for Organisation in Romania

The Future Factory in Cape Town runs many programmes for children coming from deprived areas. One of its major initiatives is to run sports schemes for underprivileged children. It ran an appeal asking people to donate money to buy soccer balls and CHW held a coin collection to be able to make a donation. We raised four hundred and twenty eight pounds – all in small change! A big thank you to everyone who took part. Special thanks to those who attended our Cash-in and Coffee Event and to Marie-Lise Despeghel for running a collection at her work, the American Express office in Brighton, and to Jana Liebau for running the collection in Germany.

The sports programmes are run for children of all ages

As well as being good for their health and developing their teamwork skills, taking part in a sports programme keeps children off the street and away from the temptation of crime, which is a big problem in South Africa. 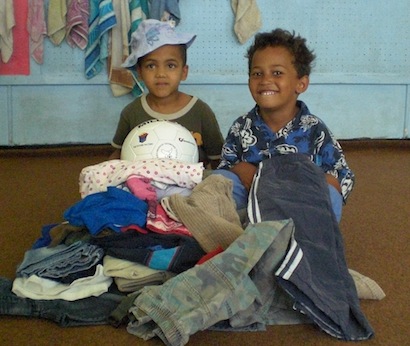 Clothes given to children at Seawind Educare. CHW already worked with Seawind Educare, and has now linked them with the Future Factory, which will offer them support too. 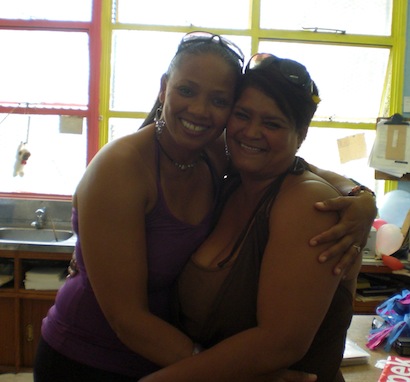 Anne Siroky, director of the Future Factory, and Rita Benjamin, director of Seawind Educare, will now work together, helping to improve the lives of children in Cape Town.

The Martin family, whom Catherine stayed with, are involved with the Future Factory, and Mrs Martin helps collect food, storing it at her house, for the director, Anne, to distribute. The following picture shows her with just some of the food she collected, which was given to Seawind Educare. 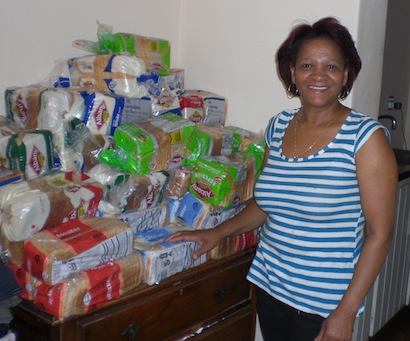 Mrs Martin with loaves of bread to distribute. These, and many other food items, were given to Seawind Educare through the Future Factory.

Arranging a Volunteer Trip to Romania 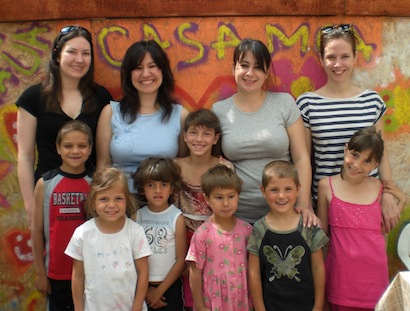 From left to right: Anna, Catherine, Marie-Lise and Jess, with children at Casa Mea

The director of the Atelier Sacelean Association, Cristina Birsan, wanted to develop her international volunteer scheme, so we at CHW arranged a volunteer trip to assist with this. During this time, the group worked at the hospital project run by the Atelier Sacelean Association and also with children at a Home run by another organisation which CHW supports, called Casa Mea. Two volunteers, Jess Waite and Marie-Lise Despeghel (who is now our Appeals Assistant) came with CHW trustee Anna Booth and director, Catherine Franks on the trip. 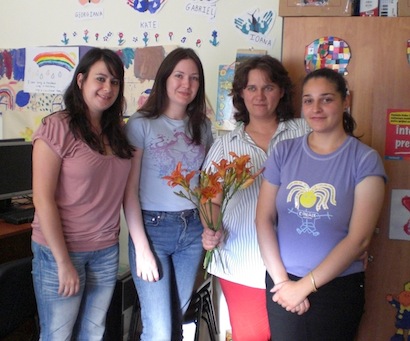 Legal Advice for Organisation in Romania

CHW trustee Anna Booth, has arranged for Cristina Birsan, the director of the Atelier Sacelean Association, to have free legal advice for her organisation. This is useful for if she wants to draw up or enter contracts or make applications for various things. Anna has a training contract with a large international law firm, and Cristina can contact the lawyers at the Bucharest firm whenever she needs. We would like to say a big thank you to Anna for arranging this, and to the lawyers in the London headquarters and in Bucharest for allowing this pro bono work to go ahead. 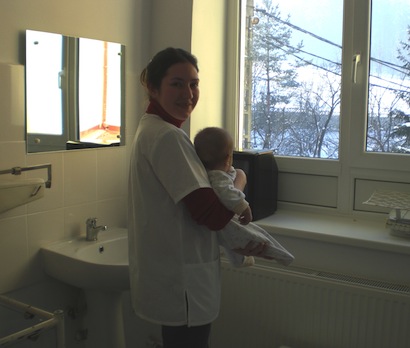 Anna helping on the babies’ ward at one of the projects run by Cristina Birsan.